Difference Between React and React Native 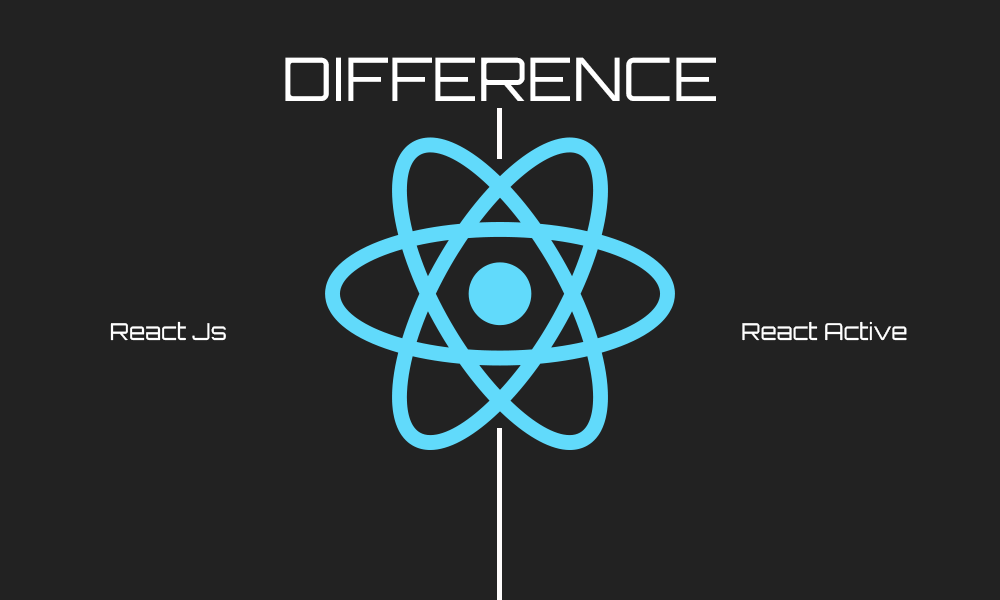 React is an open-source JavaScript library for creating user interfaces. It is maintained by Facebook, Instagram, Khan Academy, and others.

React makes it easy to create interactive UIs for web and mobile apps that run on any platform. You can use React as a UI library or as a framework to build complete applications with both frontend and backend parts.

React JS is a JavaScript library for building user interfaces. It was created by Jordan Walke and it’s an open-source project of the Facebook company. React JS has become very popular in recent years due to its ease of use, universal rendering, and its declarative programming style.

React JS provides many benefits over other libraries, such as AngularJS or Ember.js. One of the main benefits is that React JS does not require any kind of framework support to work with the DOM. This means that you can build an application using React JS without having to rely on jQuery or MooTools for DOM manipulation – all you need is a text editor and browser with JavaScript enabled!

React JS offers a different approach to UI programming than MVC frameworks like Angular or web components like Polymer. It eliminates the need for templates and allows developers to create renderable components with their own sets of data and behaviors that can be mixed and matched to build an application’s UI. This means you don’t have to declare all of your markup from scratch each time you want a new component – instead, you can reuse generic pieces of the UI as well as make slight adjustments for each instance.

React Native is a JavaScript library that makes it possible to build mobile apps using only JavaScript. It was first developed by Facebook for their own mobile app and has since been released as an open source project.

The purpose of React Native is to bring a native-like experience to mobile apps. It uses the same UI thread used by the browser and renders a native view on top of it.

The library has been developed with the idea of performance in mind. It allows developers to share more than 90% of their code between platforms like iOS and Android devices which saves time and resources.

React Native has many benefits:

– The app’s design and behaviour will be similar for both Android and iOS, which makes it easier to develop the app.

– It is cross-platform, meaning it can be built on both iOS and Android with the same code base.

– There are 3rd party tools like Expo where one can develop React Native apps without having to write any native code at all. Expo provides a faster development process, a single coding language across platforms, and a single way of deploying your app across the world.

React native is a new type of application development framework that gives developers a systematic way of developing mobile applications.

It simplifies the process of app development by stabilizing the code structure and providing a better architecture. React Native also makes it easier for developers to get access to native features on mobile devices.

Many developers are switching to React Native because it offers all the benefits of native development (access to device features) without the downsides (performance problems).

This is achieved through an abstraction layer that enables you to reuse your code between platforms like iOS and Android. This means you can now develop one app that will work on both platforms without having to write two separate apps in two different languages or build two versions of your app. The high cost of developing for multiple platforms is no longer an issue with React Native.