Home » How to audit for an user interface

How to audit for an user interface 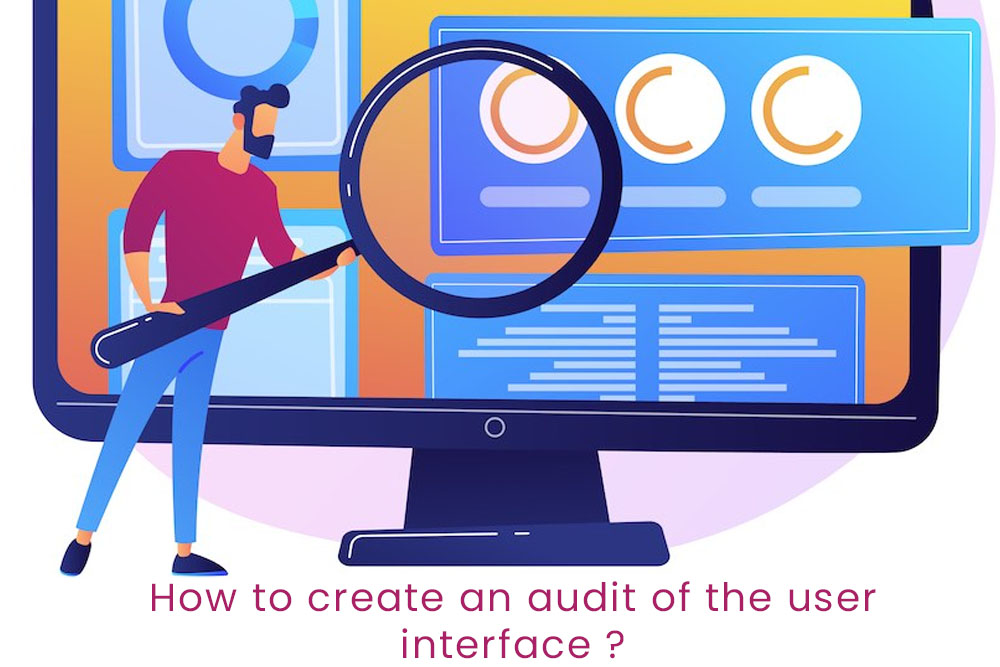 What is User Interface?

User interface is a term that was coined in the early 1960s. It refers to an interface between people and software, which can range from a graphical user interface (GUI) to a command line interface.

User interface is the part of software that manages interaction between users and the software. The goal of user interface is to make it easy for users to interact with the program and accomplish their tasks.

A user interface can be designed in many different ways, but it always has a certain layout and design elements like menus, buttons, icons, etc.

The ” human factor” is important for a UI designer because they’re responsible for designing UI that provides usable and intuitive interactions.

Why audit is important for user interface?

There is an important reason why you should audit your user interface – it helps in improving UX across a variety of areas, including performance, reliability and usability. Auditing your application’s UI can provide invaluable insights into how users interact with it and what features they use most often. This helps in identifying areas to improve or optimize as well as reducing the risk of bugs or system failures in the future.

Audits are important for user interface design. For example, when working on a project for a specific company, you need to have audit process in place to make sure that the digital product meets the needs of the company.

Audits are important since they let us find and fix any problems with the digital products. A good audit will also give you ideas on how to improve your product’s user interface.

Types of audit in User Interface

Non-functional audits focus more on visual design, such as ensuring that the UI does not have any confusing inconsistencies and all elements are clear for users.

Audits are often conducted during development phases rather than testing phases. This is because audits are easier to conduct on a mock or prototype. But, there is a downside to this; bugs and glitches can be missed by developers if they don’t know what they’re looking for when conducting an audit.

Define the scope of the project

A project scope is the overall size of a project. It is generally defined in terms of the total number of features and the number of users.

The process for defining a project scope starts with understanding who your users are, what their needs are and what they want from their product.

Next, you need to define how big your product will be based on these needs and figures out what features it will have as a result.

Resources are a must for the user interface to remain consistent with the overall design. These resources can be fonts, colors,

We can use different tools and methods for conducting a preliminary audit for the User Interface. Below are some of them:

A. Usability testing – This is the most common way of conducting a preliminary audit for the UI. We should conduct usability testing after analyzing our users’ feedback and data from other sources such as analytics and customer service logs.

B. User interviews – We should choose people that we know well, who have extensive knowledge about our app’s and websites user interface and have been using it extensively before we start conducting the interviews to ask them about their experiences with our UI.

C. Task analysis study – This method is mostly used by digital agencies or product development teams who use task analysis with a possible outcome that brings accurate results.

Conducting a final audit in User Interface is a process that involves evaluating the user interface to detect and correct errors, omissions and inconsistencies.

A final audit in User Interface is conducted as part of the development phase of software or systems. It’s usually performed by either the software engineers or UX designers. The purpose of conducting this kind of audit is to find inconsistencies, omissions, and errors in the system. Errors are bugs that can cause unexpected behavior or crashes. Omissions are pieces that should be included but isn’t included in the design process. Inconsistencies are when one part of a design looks different from another part or an error is found where it shouldn’t have been. Also, it’s important to conduct this kind of audit at least once before deploying the product onto company’s website or App’s.

Different interface designs can have different approaches for presenting the document finding. There is no strict rule for this, but it can be helpful to know some of the common patterns in order to find the right one that would work best with your project.

Doing document findings in UI design is one of the most important aspects of designing a website. It is usually found on a top navigation bar or as part of any big homepage layout. Many designers use interactive UI elements such as sliders or tabs to help users find their way through different sections and pages.

Finding out a proper solution for doing document findings in User Interface design is crucial because some users don’t know how to search and navigate through their documents, while others may not have time to read long content descriptions that are present on many websites nowadays.

Is There any Universal Rules for the UI Designs?

Their might be not any fixed universal rules, The UI designs need to be considered holistically. The user experience is not just the visual design of a product, but also their interactions. An effective UI design should meet the needs of its users and seamlessly integrate with other features.