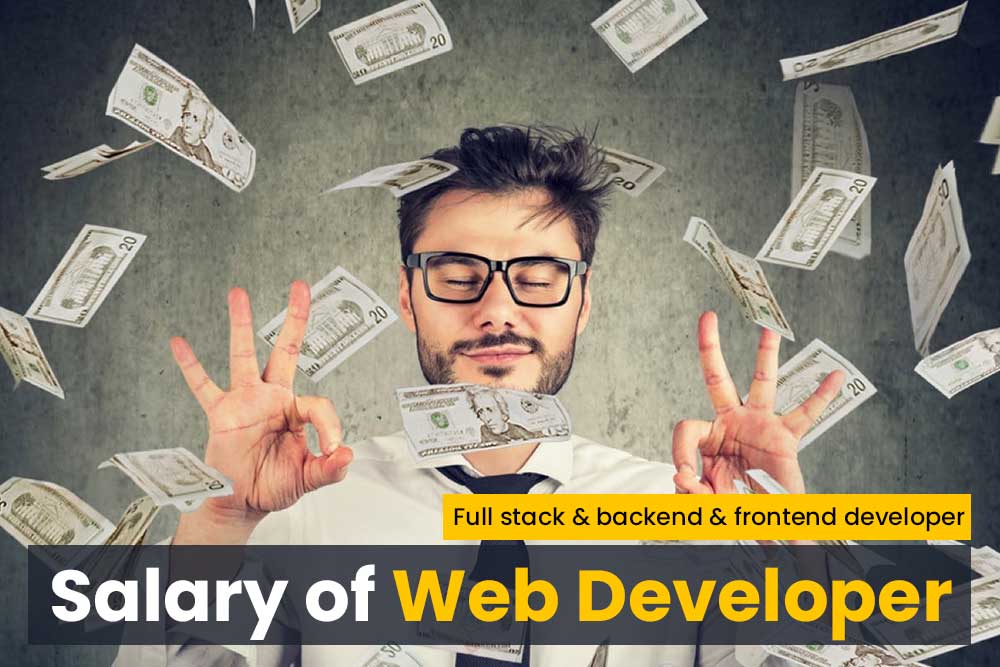 Who is full stack developer?

The term “full stack developer” typically refers to a person with expert-level knowledge of both front-end and back-end development.

A full stack developer is someone who can develop the whole website, from the back end all the way to the front end. They are able to write code for databases and servers, as well as HTML, CSS and JavaScript.

A full stack developer can be a solo freelancer or work in a company where they will not only write code but also help other developers in different departments with their work.

Positions available for job in full stack developer and their salary

A full stack Node js developer is a JavaScript developer who can work with both backend and frontend technologies. They are able to manage the entire stack of an application, from the database to the front-end.

Node js developers are in high demand right now because of its popularity and because it’s used for server-side development. The demand for Node js developers is projected to grow by 44% in 2020 and 61% in 2022.

The median salary of a Full stack Node js and node developer is $65,000 annually and India Rs.40,000 per month for Freshers and 10-40 LPA for Experienced.

The average salary of a Full Stack Python Developer is $110,000 – $130,000. There are two main factors that affect the salary of a Full Stack Python Developer. These are their experience and location. For example, developers in New York City will typically earn more than those in Boston. Similarly in India, Lucknow city companies provide for freshers @ Rs.15,000/ month which is less than Gurgaon city @Rs.35,000 per month for Freshers and 15 – 35 LPA For Experienced.

Full-Stack Web Developers are in high demand and can command a higher salary than those with just Front-End skills. This is because Full-Stack Web Developers have a more well-rounded skill set that is more desirable to employers. However, the average salary for a Full-Stack MERN Stack Developer can be as high as $135,000 per year. The average salary for a MEAN Stack Developer is $84,000 per year. In India, Their is a huge opportunity for MERN and MEAN stack developers, for freshers their salaries start with 55,000 per month and for median their salary goes around Rs.80,000, and for experinced more than 5 – 6 year salary can be ranged from 10 Lakh to 50 Lakh pre annnum.

Who is backend developer?

A backend developer is a computer programmer who specializes in developing software that interacts with databases.

The backend developer is responsible for the data layer of an application, providing the bridge between the front-end and the database. A backend developer will work with both SQL and NoSQL databases, but may have expertise in one or the other.

Developers in this role will typically be responsible for creating APIs to provide access to data, both internally and externally. They may also be responsible for ensuring security across all layers of an application’s architecture.

Positions available for job in backend developer and their salary

The salary of a PHP Developer depends on the company, location and experience. Entry level PHP Developers start at around $50,000 per year. Experienced developers with more than 5 years of experience can easily get salaries over $100,000 per year. In India thier is little less pay for PHP developer in the current developers trends because of new technology node and node js. The Indian Developers earn as a freshers Rs. 18,000 to Rs.25,000 per month but if a developer has more than 5 years of exprience they earn around Rs.50,000 to Rs.70,000 per month, also sometimes the salary depends on the company pay.

Salary of Node js Developer varies from country to country and is also dependent on the experience level.

Python is one of the most popular programming languages in the world. It is used for a wide range of applications, from web development to machine learning.

Who is frontend developer?

Frontend developers are an integral part of the team, taking care of the design and development of a website. They are responsible for the look and feel of a website, as well as its interactivity.

Frontend developers are in high demand and their salaries are increasing as well.

For freshers: The average frontend developer salary is $60,000 per year in the United States. In India it is about 3 Lakh per year