Home » What is Express JavaScript

What is Express JavaScript 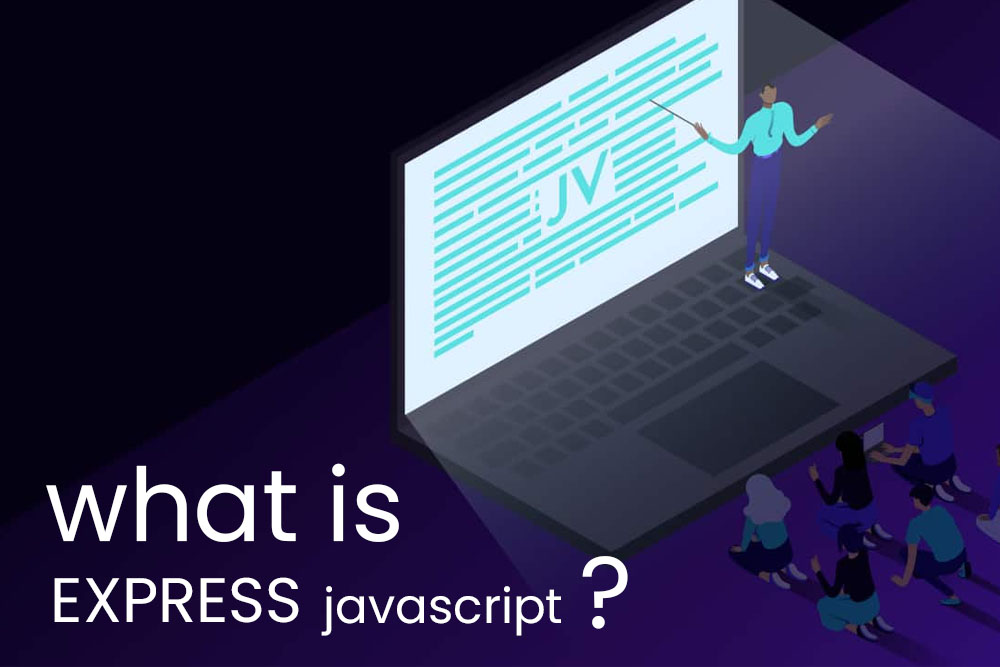 Express is a web application framework that helps you build the web apps of your dreams. It was originally developed by TJ Holowaychuk and some of the core contributors shortly after Node.js. It is a minimal and flexible framework with robust tools for routing, middleware, and views that can be used in any language or environment.

Express is also a JavaScript framework which simplifies development by providing a minimal set of features to enable routing, middleware, and views in pure JavaScript.

express.js is an open-source web application framework that provides a flexible and robust way to build web applications. Using express.js, one can create new applications that fit into the existing ecosystem of libraries, frameworks, and tools in the JavaScript ecosystem.

Express.js is a popular framework for Node developers, but it has also become a top choice for front-end developers who are building websites and apps in ReactJS or AngularJS.

The library has gained popularity among non-Node developers as well because it is just as easy to learn and use as some other popular frameworks like AngularJS or ReactJS.

Why express.js is preferred for building App?

Express is a popular JavaScript framework used for building web applications. It is concise, flexible and fast. There are several features of Express that make it the best framework in terms of speed, security and ease of use.

It is rapidly gaining popular because it provides convenience for the developers. This simplicity makes it easier to process large number of requests in a short time.

Express.js is a perfect framework for any kind of business applications that you want to develop. It is flexible enough to meet your needs by providing ease of use and reliability.

Express.js is an amazing tool for building modern web apps or even APIs. It can help developers with providing APIs from scratch or even make backend services in Node much faster and easier to integrate with frontend applications like Angular, React, Rails, Django HTML templating systems like Jade and EJS, cookie encryption, etc.

Express.js is a Node.js framework for building web applications and web services with the following features:

– Plugins for authentication and other features

How routing is used in express.js?

The routing system enables developers to define routes in the application and based on their logic decide which server should be used for the route’s request.

As routing is simple with Express.js, it can be used in advanced scenarios like building single page apps or RESTful APIs to handle different user requests with multiple endpoints easily.

How Middleware is used in express.js?

“Middleware” is a term used to describe an application layer that sits between the framework and the underlying system. It’s responsible for connecting services and other components that run inside a process, such as web servers or databases.

This means that using middleware allows developers to separate their concerns into smaller chunks of code, which can be better managed when working with complex systems.

Middleware has made its way into applications like express.js which helps developers write modular code and manage the concurrency. Developers can use this tool in their application by using express.js middleware to create RESTful services with HTTP methods like GET, POST, PUT, DELETE and OPTIONS.

The use of Middleware in ExpressJS has helped the programming language become more popular as it solves many problems such as handling errors and responses with JSON/HTTP API response codes.

Templating use in express.js

Express is a popular web framework and comes with a built-in templating engine. There are two ways of using Express templates – ERB and HTML. Templates are a way to build an application from reusable pieces of code and help speed up development time.

Templating has several uses in Express application development. First, templating can provide the ability to create dynamic content without having to support all the languages that express supports at once. Second, it can help developers avoid boilerplate code. Third, it provides an easy way for developers to extract reusable code from their applications for others to reuse. Lastly, it provides protection from unwanted changes that might be made by other external applications on the server side such as a web browser or mobile app developer (such as search engines).

How Debugging is used in express.js?

The Debugging feature in express.js comes in handy in such cases where you need the development team or yourself, who are working on the application, to quickly figure out what’s going wrong with the application, what needs fixing and how it can be fixed.

Debugging is a feature that allows Express app developers to debug their apps locally on their own machines without having any access to your project’s source code or running production code on your app’s server.

Debugging is used in Express.js to provide a way of evaluating the application state.

Debugging has several uses in Express.js, such as:

Express is an HTTP server that makes it easy to create robust web applications using NodeJS. It’s a common choice for those who want to create single page apps with RESTful APIs and basic features of MVC architecture.

Express is used by many companies including Airbnb, Netflix, PayPal and Microsoft Azure among others.

Express.js has many advantages that you should consider before deciding which framework to use for your next project: Express is lightweight, has an intuitive syntax, scales well, and provides great development tools for debugging and testing.