Home » What is REST API

What is REST API 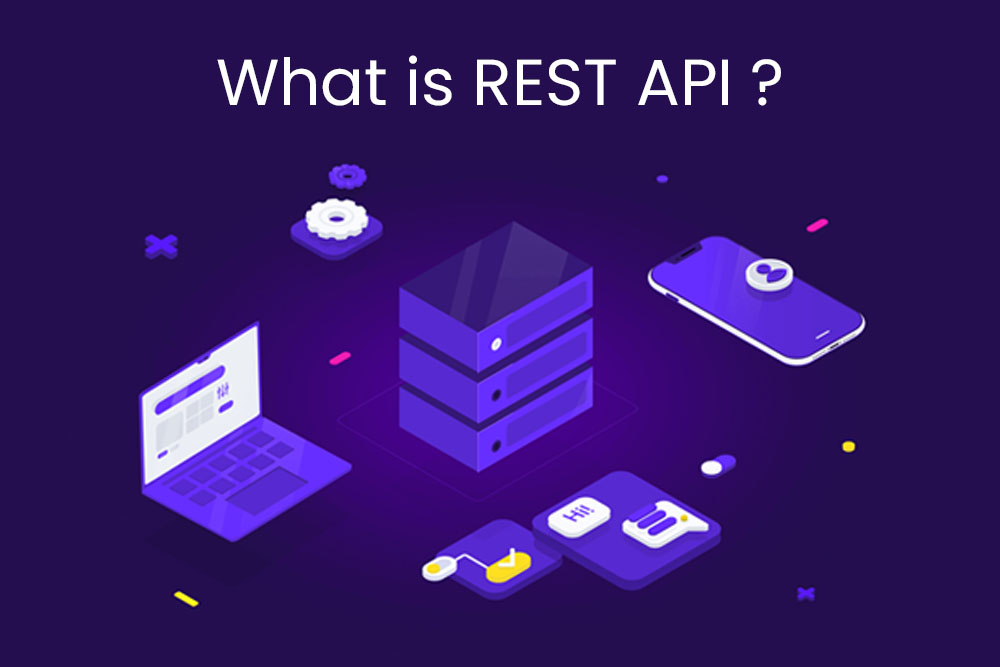 A REST API often use JSON or XML to provide hypertext, which are structured data format for human-readable information interchange. A REST API can be accessed by anyone through an HTTP Request which sends appropriate HTTP Response.

REST API is a set of endpoints that can be called by the client to interact with the server. It is based on the HTTP protocol and is stateless. Unlike SOAP or XML-RPC, REST API does not require a specific software framework and also supports any type of request in order to make sure that it can handle most cases. The response from the server is in JSON format and usually includes an HTTP status code and some data related to the request.

What does REST API do?

One of the many purposes of REST APIs is to make it easier for third-party developers to build applications on top of a given service or platform. They also let programmers access data from various sources at one place.

A RESTful API is a type of web service that provides interfaces with the ability to interact with data from a server.

REST stands for Representational State Transfer. REST APIs are designed to be an intuitive way of transferring data between two systems. RESTful APIs are considered stateless, since the client is responsible for maintaining the state between each request.

There are 6 major operations that can be invoked via a RESTful API: get, post, put, delete, head and trace.

GET operation is used to retrieve data from a resource. It is an idempotent operation and it does not change the state of the resource.

The GET method returns a representation of the given resource, which can be a whole document or just a single element that has been requested. The data can be in any format, for example markup languages such as HTML, JSON, XML or plain text.

The GET request asks for either a specific object identified by its relative URL path or by its full URL including host and port number, or the entire contents of the specified web page.

POST operation can be used to create new resources. POST operation is a HTTP method which is used to send data to a specific RESTful API. POST takes input from the client and creates a POST request with that input, which is sent to the server.

For example, if we want to add some information “name” and “age” on an existing user, we can do this by POSTing these values in the body of the request.

The server then processes the input and returns a response which may be HTML, JSON, XML) back to the client.

In RESTful APIs, when we need to create an object in the database we need to use POST operation because it can accept both GET and POST requests. The POST request in this case will be an update command and not the creation of new objects like in PUT requests.

PUT operations are used to insert new records in the database with REST. The PUT operation is very useful when you want to store your data in a database. You can send the PUT request with, for example, JSON or XML format data and specify what key should be assigned to the new record.

The PUT operation is one of the four fundamental RESTful API operations that you need to know. Here is what it does:

The PUT operation in REST APIs does not modify any existing data, but rather creates a new resource or adds a new key-value pair to an existing resource. The meaning of “resource” in this context varies based on the type of content being manipulated – for example, with a “POST” request, the “resource” might refer to a blog post while with a “PUT” request, it might refer to an album or photo album.

RESTful APIs are more suitable for HTTP requests with the DELETE operation.

DELETE requests are used to delete resources on a server. The client must have permission to delete the resource, and the response will confirm whether the deletion was successful.

The DELETE request is not typically used to update resources on a server; instead, it is most often used to delete resources that were previously created.

The HEAD method is a special type of GET request. HEAD requests do not return any response body, but only the HTTP headers that would be sent in a normal response to a GET request.

This API call is often used to test whether the API server has successfully implemented the API, and for troubleshooting by API providers and clients.

The HEAD operation is a more lightweight version of the GET request. The HEAD operation doesn’t include the response body, but only the status code, headers, and other data that are necessary for resource metadata.

TRACE operation in RESTful APIs is a way to see what is happening between client and server. It can be used for debugging network issues, troubleshooting configuration problems, and viewing response codes. It can be used in different ways such as getting information about resource changes or for debugging purposes.

RESTful APIs comes with a set of challenges for developers. The major challenges are explained below.

1. Different client type makes it difficult to write a single API that can be accessed by all clients.

2. It is difficult to support the wide variety of HTTP verbs and media types that RESTful APIs use.

3. Data security and protection becomes an important factor to consider when designing RESTful APIs, given the data they exchange is not encrypted by default and sensitive data may be leaked without appropriate protection.

4. Pagination is a challenge as well, as this often needs to be handled at the application layer rather than just on the server side due to inconsistent response sizes from different resources on some servers

How can REST API be used for social media?

REST API has been used for social media integrations with other websites, mobile apps, and desktop applications. For example, it can be used to automatically update the status on Facebook from the Twitter feeds.

REST API for social media is the best way to provide access to third-party applications. With this, users are able to see the data in a more detailed way by using their own visualization tools. Users can even change the data that is being shown on their screen.