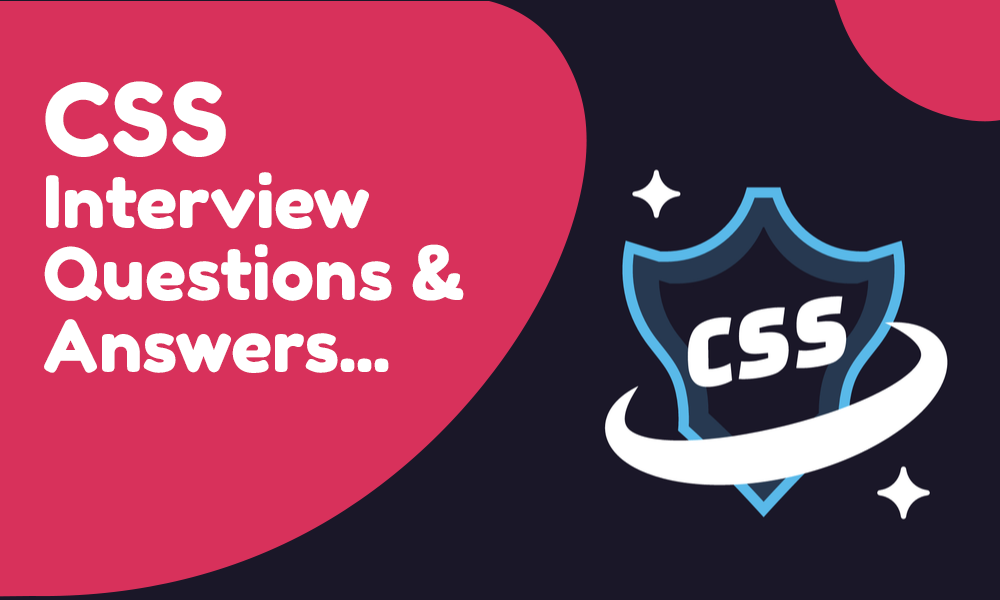 CSS stands for cascading style sheet which is a language that describes how to arrange elements on a web page. It is used to adjust the behavior of the web page including text, links, colors, spacing and layout.

CSS is defined by its syntax which includes selectors and properties. Selectors are used to define different styles for different elements like h1 , h2 , h3 etc. Properties define how an element should look like like color or font-family .

What makes CSS more efficient is its ability to change different styles at once with just one line of code which can save time and coding efforts. The use of css also makes the website more maintainable as it creates consistent layouts among all pages on the site.

Cascading Style Sheets (CSS) is a style sheet language used to describe the presentation of HTML and XML documents on screen, paper, or other media. CSS allows web designers to control the appearance of an entire website without using images or HTML code.

Below are the CSS Interviews Questions and Answers Mentioned:

What is the difference between CSS and HTML?

CSS is a language that allows you to style Web pages. As it continues to evolve, it can be difficult to keep up with all the new things that are happening. This article will help you prepare for your CSS interview.

What was the first version of CSS?

The first version of CSS was known as Cascading Style Sheets Level 1 (CSS1). It was released in 1996 and remains popular today due to its simple syntax and powerful features.

What are the core elements of CSS?

CSS 3.0 is the latest iteration of the CSS standard. It includes many new features that can be used to improve websites and applications, providing more flexibility and customizability.

Some of these new features are variable units, pseudo-elements, box shadows, text shadows, opacity, borders and rounded corners among others.

What are the advantages of CSS ?

CSS is the abbreviation for Cascading Style Sheets. It is a markup language used to define the presentation of documents written in any markup language.

The advantages of using CSS are:

What are the limitations of CSS ?

Some of the limitations of CSS are:

– The inability to control spacing

– The inability to control positioning

– The inability to control aligning items on screen

– The inability to handle patterns and colors in a design

How block elements can be centered with CSS1?

Block elements like paragraphs and headings can be centered with CSS1. This is because CSS1 provides a property that can be used to center an element.

But what if you want to center a paragraph with double margins? In this case, the margin-top property needs to be taken into account as well.

In order for this to work, the top margin of the paragraph needs to have a value of 0px – so it leaves 0px from the top of the content, and then it’s just a matter of adding 100% on each side. It might not work exactly how you want it to, but it should at least give you a starting point for your own implementation.

How many ways can a CSS be integrated in a web page?

CSS is a web page’s internal style sheet. It has the ability to be integrated as a webpage in multiple ways.

There are three ways in which CSS can be integrated as a web page: it can be embedded, linked, or imported. Embedded CSS is when the CSS code is placed inside the webpage HTML code. Linked CSS is when the webpage has an external link to another HTML file that includes this code on its own. Importing CSS is when the designer uses an application that does not have its own internal design engine, but instead imports one from another application like Photoshop or Illustrator.

A ‘ruleset’ in CSS is a set of rules that assign specific styling properties to DOM elements. There are two types of rulesets – universal and specific. Universal rulesets style everything on the page, while specific rule sets are for designing certain sections or sections of the page.

Universal rulesets are applied by selecting the html element with the css class ‘global’. Specific rule sets use element selectors like html id=”main-nav” to apply styles on particular sections of the website.

What are the various fonts’ attributes?

Why is it easy to insert a file by importing it in CSS?

The Class selector is used to style a group of elements. It can be used with any number of selectors that have been grouped together separated from each other by commas.

The ID selector is used to style a single element or multiple elements. It uses the unique ID for each element and does not need any additional grouping separator.

Pseudo-elements are a new feature in CSS. They allow us to create custom CSS rules that can’t be created by using regular HTML elements.

Pseudo-elements are set of values that you can use to create your own CSS rules. In other words, they behave as if they had been added as a property on the element itself. This way, you can apply style to your site without actually using any HTML elements directly. In addition, pseudo-elements make it easier for developers and designers – who don’t know or care about web development – to make changes without having to understand the intricacies of web development.