Menu
Home » What is the difference between inline, internal and External Style in CSS

What is the difference between inline, internal and External Style in CSS 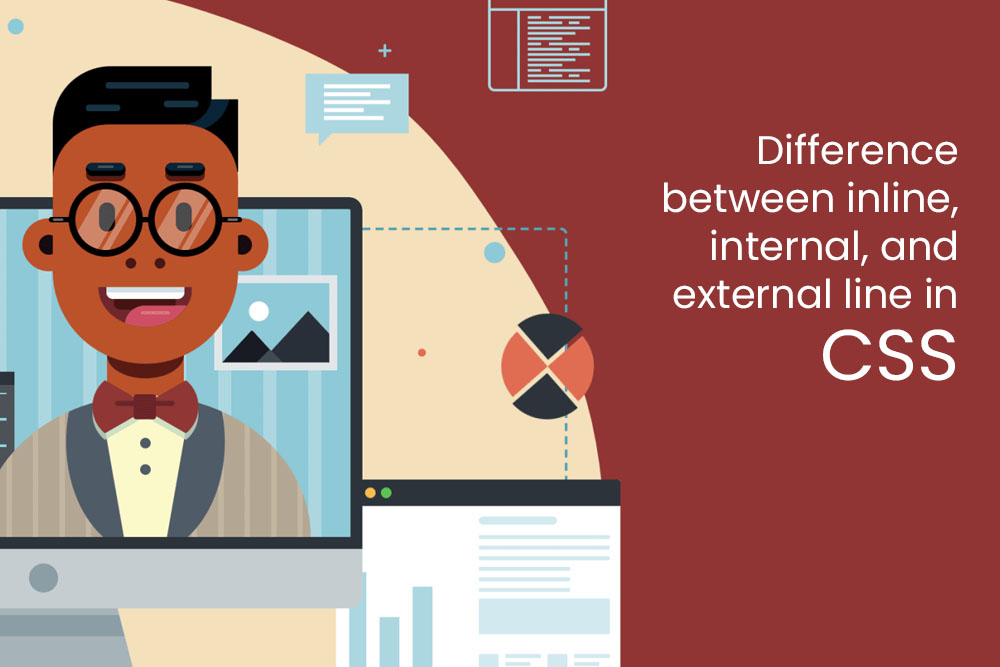 Hypertext Markup Language, or HTML, is a markup language that defines how text-based web pages are encoded for transmission and display.

HTML includes both the structure of a web page (headings, paragraphs, lists) as well as content (images, hyperlinks). The content is placed between start tags and end tags. The markup does not include style sheets or scripts but it does include instructions for how to retrieve images from the internet and display them on a web page.

CSS stands for Cascading Style Sheets. It is a style sheet language that describes how elements in HTML and XML documents should be displayed.

CSS can be used to present the document’s contents to users or developers as formatted text, images, or other multimedia content. CSS is primarily designed for web-based application development and can also be used to modify the default styles of an HTML document.

CSS is a language that makes it easier for designers to create their own desired layouts for websites and apps.

What is inline style in CSS?

The inline style is a type of CSS property in which you define a style directly on an HTML element.

Inline styles can be very useful if the CSS code is too long or complicated to read, or when certain changes need to be made to the style of an element that are too difficult to do with standard CSS.

Inline Styles will let you change an HTML element’s appearance without having to edit the styling rules in your CSS file. If you have complex styles and/or nested properties, it’s easier to change them on a per-element basis than to update multiple rulesets.

What is internal stylesheet in CSS?

Internal style is used to define the CSS styles that are specific to a single page. These can be global or specific to a particular element. It has replaced the old method of using inline styles in HTML. Internal Style Sheets were introduced by W3C in 2009 as part of the Cascading Order specification.

Internal style is not just used on any CSS file but it is only used in case of CSS ids on a document-wide basis. Internal style sheets are executed with the cascading order, which means that if there is an internal style sheet for BODY, then subsequent internal stylesheets will be applied first before any other one comes in play (including external ones). This allows for very precise and clean styling without affecting any other part of the document.

What is external stylesheet in CSS?

The external style sheet, also known as an external CSS document, is a file that contains CSS code that can be used to styles different elements of a web page.