Menu
Home » Difference Between Mean and Mern in Web Development

Difference Between Mean and Mern in Web Development 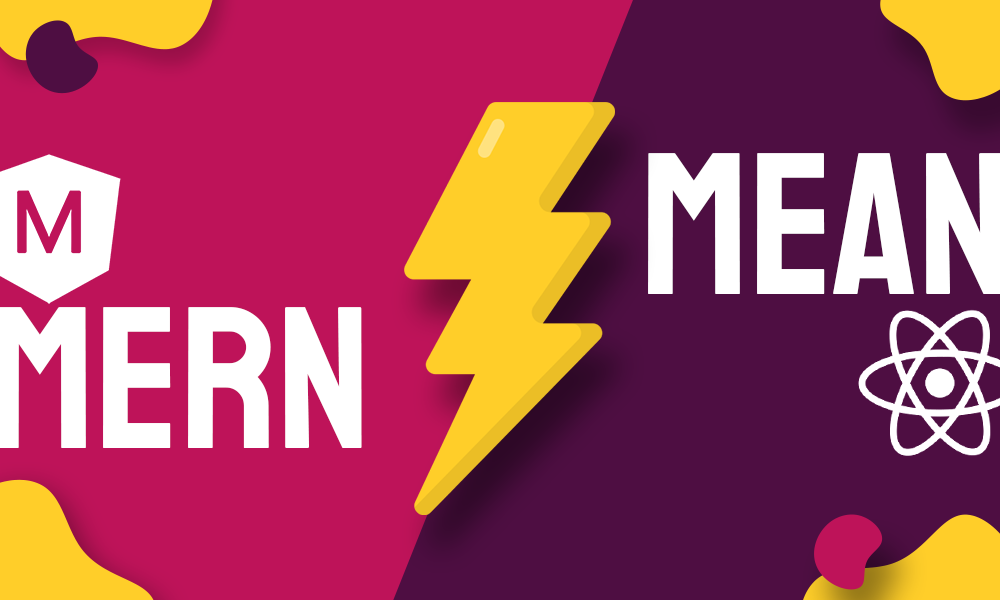 What is MEAN Stack?

MEAN is a JavaScript based open-source web application development framework. It consists of MongoDB, Express, Angular, and Node.js. This framework enables the development of dynamic websites and mobile apps by using scalable data management, flexible modeling of application architecture, and a shared codebase for different types of applications.

What is MERN Stack?

MERN stands for MongoDB, Express, React and Node.js. It is a JavaScript library that is open source and free to use. MERN was created as a boilerplate for those who want to create an API-driven single page application quickly. Combined with React for the front-end, you’ll have a powerful set of technologies to explore and build your next app or site with.

Does Angular, React, and Vue play’s similar role in coding?

Angular is a JavaScript framework. It’s an open-source framework maintained by Google, and it’s also considered to be one of the most popular frameworks out there. It was originally built with the purpose of providing hyper-fast web applications for desktop and mobile, but it can also be used for building single page applications. The problem with Angular is that it’s heavily dependent on TypeScript.

React is also an open source JavaScript library that was created by Facebook engineers in 2013. The main idea behind React was to create a library that would not only offer flexibility but would also simplify the process of creating large apps with many components on both desktop and mobile devices. It’s much more focused on performance than Angular, which makes it an excellent choice for mobile devices in particular.

Vue.js is a newer JavaScript framework, which means it can be used for simple dashboards and progressive web apps. Angular is considered to be an older framework, but it is still reliable for large applications. React is an open-source JavaScript library that focuses on the user interface.

This question is difficult to answer. It’s more of a personal preference. You can use one or the other and be successful as a developer. Angular has been around longer and is thus more mature, but React has become increasingly popular in recent years because it is meant to be easier for those new to JavaScript. Vue was created as an alternative to Angular and React because it is lightweight and extensible, which makes it an attractive option for developers that want to spend less time coding.

Which is better MEAN or MERN?

As a developer, it is beneficial to be able to code in a variety of languages. These days, you can code in Python, Java, C++ and many more. But one of the most popular languages for programming these days is JavaScript.

I my knowledge I would prefer MEAN because it is more popular and has a larger community that shares their knowledge with others. If you do not have coding experience already, MEAN might be the better option for you as well simply because it will take less time to learn and will allow you to set up your own server or web applications without having to know much about the backend. However, if you have experience with other programming languages that are similar like Java or Python

Both MEAN and MERN have their own sets of pros and cons depending on what type of project you’re working on but what really matters is understanding your requirements before choosing one over the other!