Differences Between Angular And Angular Js 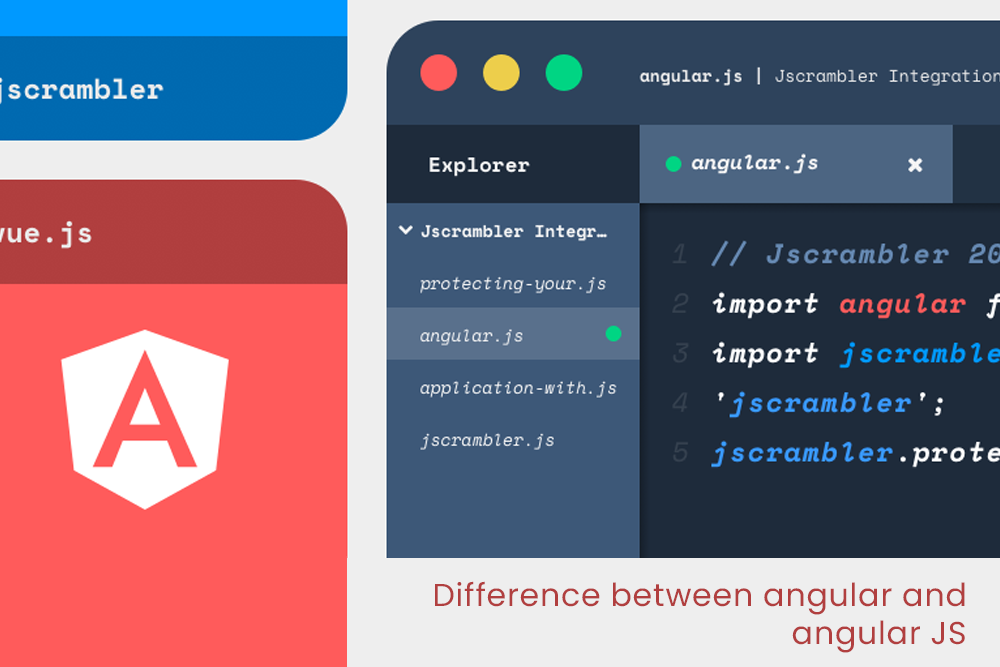 Angular is an open-source JavaScript framework for developing Single-Page Applications (SPA). It was developed by Google in 2009 and is currently maintained by the Angular Team.

Angular is an open source web application framework, while AngularJS is an open source JavaScript library that allows the developer to use HTML templates to generate dynamic views. The different between the two frameworks can be found in how they were developed. Angular was designed with a goal of extending HTML with facilities like data binding and building modular applications. Angular has been used by many big companies such as Facebook, Google Maps, Microsoft Bing, etc.

Components of Angular vs AngularJS

Angular is made up of several core components like templates, data bindings, services, directives, and so on. Some of these components can be downloaded while others are included with the framework.

Angular is a component-based web application framework and it’s maintained by Google.

Angular has many components that are the most commonly used:

Angular Component – represents a single component in the app

Component – represent a component that can be reused across an application / usually metadata about the component such as dependencies, lifecycle hooks, and directives

Interface – define an interface of a class or object

Services – defines services that can be shared across an application.

Templates – A template is just a raw representation of an html tree. It provides us with initial DOM structure of what the component will look like when it’s rendered in the browser.

Directives – The Directives in Angular are used for a lot of purposes, including Angular Material and other libraries like Ionic. There are different directives that can be used for different purposes. Angular directives are small, declarative components which can be used in the templates and declarations to define their behavior. The directives in Angular provide a rich functionality that is used by developers to create reusable code and reduce repetitive work.

AngularJS is a JavaScript framework that extends HTML with additional functionality. AngularJS helps in creating single-page applications. It is currently one of the most popular and widely used client-side libraries in use today.

AngularJs is built on top of concepts such as data binding, dependency injection, services and directives. These help make the development process very simple in comparison to other frameworks like Backbone or Ember.

The components of AngularJS are as follows:

Architecture of Angular vs AngularJS

Angular vs AngularJS: Both Angular and AngularJS are open source frameworks for building web applications. They differ in their approach and philosophy about how to structure your app.

The main difference between these two frameworks is that the former has a strong dependency on components, data binding and powerful templates while the latter is more focused on style over structure. While both frameworks have been used for many years, it’s only recently that they’ve gained popularity due to the advances in front-end development practices.

The AngularJS framework has been around for a long time now. It was developed using JavaScript, which made it easier to maintain and update. It also helps developers who are not experienced with Angular, as well as web designers who want to create complex webpages without having to code too much.

Benefits of using Angular vs AngularJS