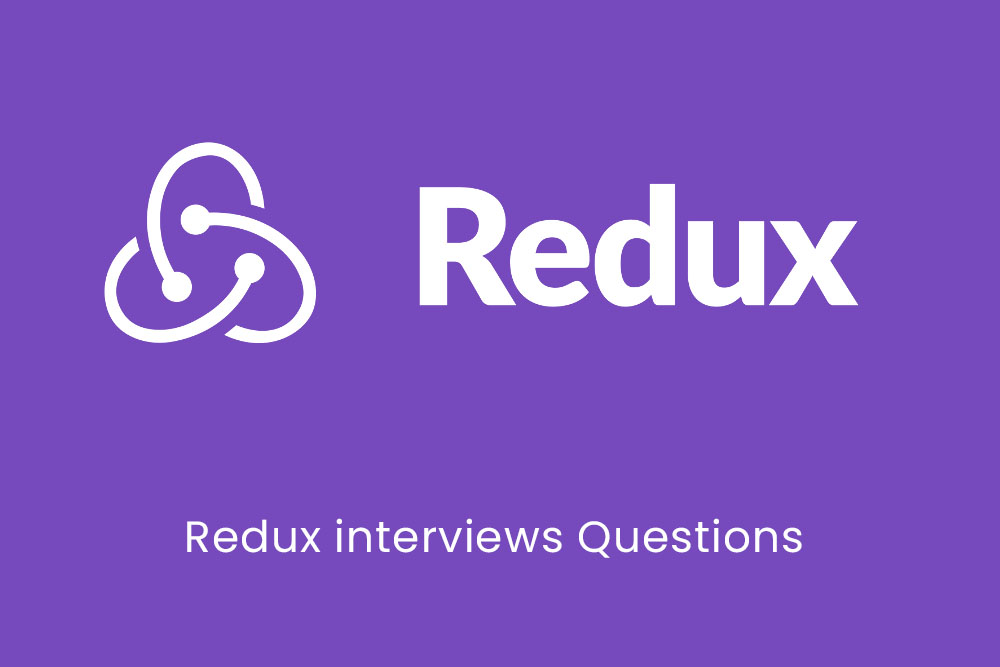 Redux is a JavaScript library that was developed to address the problem of state management. It is most commonly used with React, but it can also be used with other frameworks or libraries. It’s an architectural pattern that enables the developer to write applications that manage data in a predictable manner.

How to add multiple middlewares to Redux?

A middleware can help us do this by adding additional functionality before and/or after the dispatch happens. Redux comes with a number of built-in middlewares that can be used out-of-the-box. They are:

The structure of a Redux application is in most cases relatively simple and straightforward. That said, there are a few things to keep in mind when structuring your reducers, actions and types directories.

Redux has two core concepts: the store and the reducer. The store is just a container that keeps track of the application state and dispatches actions when needed.

The reducer is what determines how the state changes in response to an action.

Redux recommends placing all of these files inside a “src/redux” directory which is located at the root of your project directory.

What are Redux selectors and Why to use them?

Redux selectors are a powerful but little-known feature of Redux. They allow you to connect React components to state without mapping each one individually. The advantage is that they avoid boilerplate and make it easier to change the structure of your application later on.

What are reducers in redux?

Reducers in Redux are pure functions that handle the logic of updating the application’s state. They are called with actions and return new objects that replace the old state.

What are the core principles of Redux?

The core principles of Redux are:

– There is one immutable state tree per application.

– The state can only change as a result of an action dispatched to it.

– Actions that produce changes to the state are synchronous and return a new state.

– The current state is always available as part of the props for any component.

– A reducer function takes the current and previous states and produces the next state based on those parameters.

What are the features of Redux DevTools?

Redux DevTools is an extension for the Chrome browser that lets you inspect how state changes over time. It can also help you debug actions and figure out what’s happening when something goes wrong.

It has two major features: 1) Time Travel Debugging, 2) State Snapshot Debugger. With Redux DevTools, it is easy to figure out what went wrong in your application.

What is Redux Thunk?

Redux Thunk is an action creator that works with the Redux state container. The thunk middleware provides a way to dispatch function calls as actions to the store, which allows you to perform side effects synchronously as part of an isolated component’s state update.

Redux Thunk is a JavaScript library for handling side effects in Redux applications. It allows you to dispatch functions as thunks instead of actions, so you can perform asynchronous operations such as those needed for API calls and other long-running tasks. As a result, your application remains more organized and you can better predict how data flows through your program.

The redux-thunk middleware makes it possible to dispatch function-based actions like (event) => {} instead of action objects like {type: ‘INCREMENT’, payload: 10}`. This might be useful if you’re using a third-party API and can’t change it to send pure redux actions.

Are there any similarities between Redux and RxJS?

Redux is a predictable state container for JavaScript apps. It helps you to create complex, multi-component user interfaces that behave predictably, performant and can be easily reasoned about.

RxJS is a library for reactive programming using Observables, which are data streams that represent events or happenings over time. Observable collections represent data points as events occurring over one or more time intervals.

There are some similarities between Redux and RxJS but they are different in many aspects of their implementations. For example, Redux requires all the logic of an application to run inside reducers, while RxJS has the concept of operators that allow developers to operate on observable streams outside the main logic loop.

The following are some major similarities between Redux and RxJs:

1) both are based on the idea of using pure functions

2) both use immutable objects as data containers

4) both use unidirectional data flow

The different implementations of these tools result in some differences in how they work with asynchronous operations like AJAX requests.

How to use connect from react redux?

Connect is an extension of React-Redux that simplifies how the two libraries work together by providing a higher-order component that makes it possible to establish a data flow between them.

It does this by adding a special type of function called mapStateToProps to your stateless component functions, which can then be accessed through props.

What are the differences between redux-saga and redux-thunk?

Redux-saga and redux-thunk are two middleware libraries that can be used to process async data inside the Redux ecosystem.

Example of redux-saga: It is a generator-based approach to handling side effects, so it makes it easier to work with asynchronous events.

Example of redux-thunk: It is a function that allows you to dispatch an action without returning anything, so it is more suitable for simple cases.

What are the downsides of Redux over Flux?

The Redux architecture has a better data flow and is easier to debug.

Redux does not need any kind of dispatcher like in Flux.

Connecting with other libraries is easier when you use Redux.

Flux is a newer concept to the React ecosystem, but Redux is actually an older design pattern. When it comes to Flux vs Redux, the main downside of Redux is its immutability.

Redux has a simplistic approach when it comes to updating state. It does not have any setters or getters for state values, which is one of the most significant improvements over Flux.

What is Redux form?

The Redux form is a Javascript library to build user interfaces.

It was developed by Dan Abramov, Andrew Clark, and Timothée Boucher. It is open-source and free to use under the MIT license.

The library provides developers with a set of “tools” that can be used to efficiently create reusable components for different projects.

The library also provides developers with abstraction layers that work for both mobile and desktop apps.

With these tools, developers are able to write code once and not worry about managing data or state changes separately for each project they are working on.

What is the purpose of the constants in Redux?

The constants in Redux are the state of the application that is not user-specific. It can contain anything from an array of objects to a user’s profile. The constants are used as the default value for any data that has not been explicitly defined in a reducer.