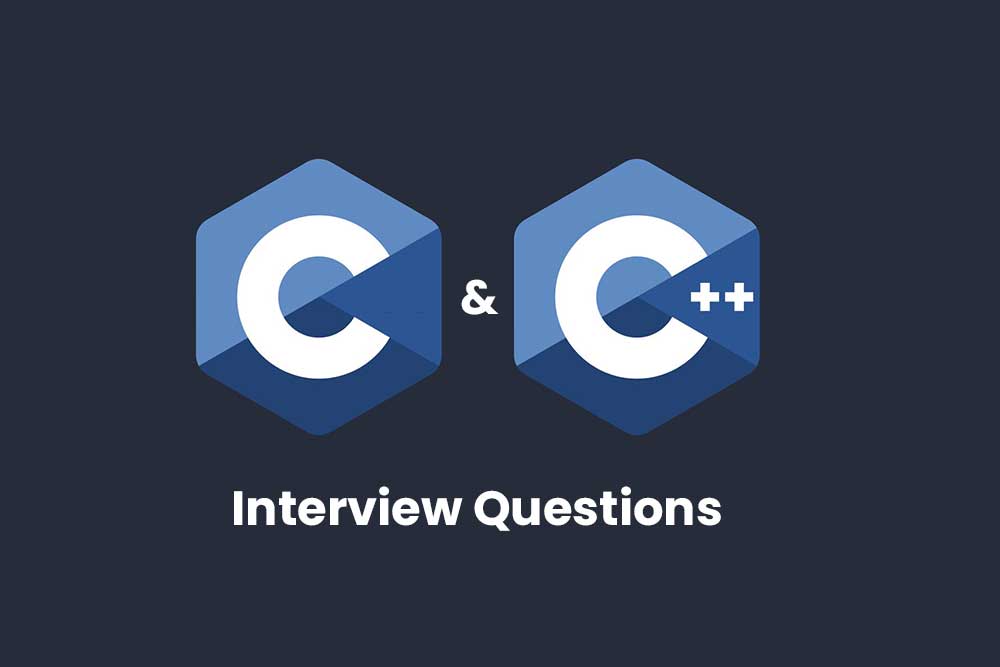 What are the differences between C and C++?

There are the many differences between c and c++, and Few of them are :-

In C++, what are the differences between classes and objects?

An object is a collection of data and functions that may be used to perform actions on that data.

Name: the variable name we give it.

Member data: the data that describes the object.

Member functions: the behavior aspects of the object (functions related to the object itself).

A class that serves as a blueprint for the creation of objects. A class is a user-defined type that is used to describewhat a certain type of object will look like. A class description consists of both declaration and a definition. Normally these pieces are split into different files.

For each class, there is only one object. Multiple objects of the same class type can be created.

The access modifiers of C++ are public, private, and protected. When using an object-oriented programming language like C++, data hiding is a standard feature. Members of a class can’t see each other’s information if they’ve been hidden. This is done so that data belonging to the class cannot be altered by other functions or classes. In order to alter the concealed data, however, it is necessary to make certain member functions and member data visible. C++’s access modifiers let us control which members of a class are available to other classes and functions.

Difference between while loop and do-while loops

In C and C++, the == operator is a binary operator that only works with two operands.

== compares the values of the left and right side expressions and returns 1 if they are equal; otherwise, it returns zero.

= is a binary operator with two operands that can be used as an assignment operator in C, C++, and other programming languages.

The right side expression or variable’s value is assigned to the left side variable through the = operator.

How many bytes are there in an integer data type?

Integer data types have a size of 4 bytes.

Which of the following operators is resistant to being overloaded?

The ?: operator cannot be overloaded because it is not possible to do so in syntax.

Which of these is used to return the string’s length?

The number of characters in a string may be figured out by looking at the size and length of the string.

Prefix vs postfix: What’s the difference?

It returns the value of its operand/variable before it is assigned to the variable by the prefix operator ++. To further clarify, the increment comes first, followed by the assignment.

Only after the value has been assigned to the variable does the postfix operator ++ return its operand/value. To put it another way, the increment comes after the assignment that takes place.

How do you compile a program without the main function?

std is a standard class in C++

std is a standard header file

std is a standard namespace

C++’s default namespace is std, which stands for “standard”.

This collection of C++ Interview Questions is a little more difficult and advanced, and it serves as the next step in your C++ interview preparation.

Object: An object is something that exists in the physical world.

Class: Class is the term used to describe a grouping of objects.

Inheritance: Inheritance is the process through which the properties of one class are passed down to another.

Polymorphism: It is the capacity to exist in several ways.

Encapsulation: Data and code are combined to form a single unit.

Abstraction: Displaying functionality while concealing internal information to the user.

When is the return type void() used?

Void () is the return type you use if you don’t wish to return anything. It states that the function does not return any kind of value. Upon completion of the task, the caller is handed back control through a function having a void return type.

Definition: What is an inline function?

The memory address of another variable may be stored in a variable called a pointer. Pointers are used in programming. Variables and pointers must have the same kind of data type.

The syntax is: type *name

What is a scope-resolving operator, and how does it work??

A scope-resolving operator is shown in the following form::

Classes and function definitions are linked together with the help of the operator.

The scope operator may be used for the following:

What is a constructor in C++?

Constructors may be divided into two categories: those who build things and those who don’t.

Auto-generated constructor: This constructor does not accept any arguments.

What is the difference between an operator and function overloading?

Discuss the differences between new and malloc.

What exactly is operator overloading?

User-defined classes may be used with operators in C++. Because of operator overloading, C++ provides the ability to create operators with a distinct meaning for a certain data type. The operator ‘+’ may be used to concatenate two strings, for example, by overloading it in a class like String. In addition to complex numbers, fractions, and big integers, arithmetic operators may be overloaded in other classes. Compile-time polymorphism causes operator overloading. In C++, this is a way to give an existing operator new meaning without altering its original definition.

Which of these is used to return the number of characters in the string?

To get the number of characters in a given string, both the size and length parameters can be utilized.

What is a friend function in C++?

Which of the following will provide information on the size or type of an object?

Size of an object or type may be determined using the sizeof operator.

Which of the following doesn’t belong in a class?

Among the following, the friend function is not considered to be a part of the class.

What does STL stand for?

STL is a collection of C++ template classes for common programming data structures and operations like lists, stacks, arrays and so on. Container, algorithm, and iterator classes are included in the library. It’s a generic library. Thus all of its components are customizable. In order to deal with the STL, one must be familiar with template classes.

STL is made up of four parts:

These C++ Interview Questions put your application abilities in C++ to the test and walk you through some real difficulties that might come up during a C++ interview.

What is a copy constructor?

What is the concept of inheritance in C++?

Object-oriented programming depends on inheritance as one of its main pillars. It’s a feature that allows one class to take on the features and attributes of another. A child or derived class may inherit from the base class’s members to reuse them, allowing you to reuse your code. All of the data members of the base class are copied over and may be accessed based on the visibility option specified. The sequence of accessibility always goes from public to protected in descending order. Thus the public category comes first.

The term “child class” or “derived class” refers to a class that takes on the properties of another class. The kind of inheritance determines how many child classes may be inherited from a single-parent class. Parent class data members will be accessible to a child class in accordance with the visibility mode selected when it was first declared.

What is Abstraction in C++?

Data abstraction is the practice of exposing just the information that is necessary to the outside world while concealing the background details of the data. In other words, it is the act of representing the necessary information in a program without showing the specifics. The separation between interface and implementation is an important part of data abstraction.

Which of the following should be the right statement about string objects in C++?

String objects should necessarily be terminated by a null character

String objects have a static size

String objects have a dynamic size

You will now have a better knowledge of some of the most significant ideas in C++ as a result of working through these C++ interview questions. You were shown a variety of question types, including conceptual questions, output-based questions, multiple choice questions, and programming questions. Hope these questions will be useful for you in your interview preparation. If you are interested in pursuing a career in software development, you must enrol in the Post Graduate Program in Full Stack Development. It is possible that this strategy will be an effective tool in assisting you to advance in the path that is most beneficial for your profession.