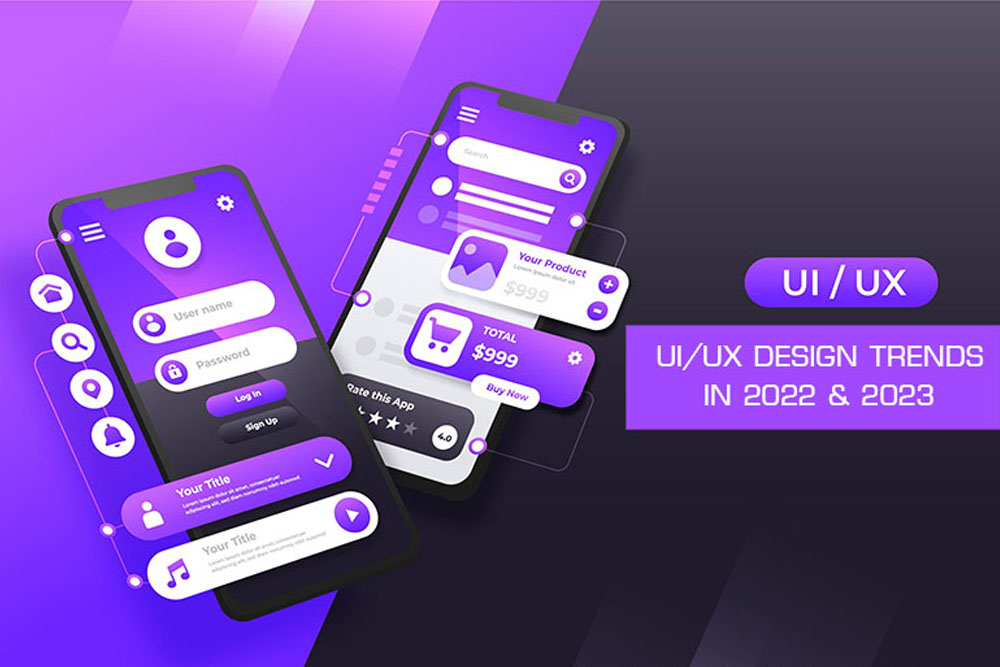 UI UX design trends are always changing, but it is also important to adapt to them. The user experience can be both frustrating and rewarding. For example, a website that looks great on the user’s phone will not look as good on a computer monitor. This makes it difficult for the company to create an effective marketing strategy for their product.

Since UIUX design trends are changing, it is important for companies to continually adapt to the changing needs of their users. Companies must make sure their websites flow well across devices in order to reach a wide audience and give them what they want when they want it in a timely manner.

What will be the powerful trends in UI UX designing in 2022?

The trends in UI UX designing are constantly changing and evolving. There are different types of trends that span across multiple industries, and it will have a tremendous impact on how we design in the future.

The following trends in UI UX designing are going to be popular in year 2022:

Augmented reality, also known as AR, is a tool that overlays digital information over real world objects and surroundings. There are many use cases for augmented reality in the business environment.

The UI and UX trend of augmented reality is going to be one of the biggest trends from 2018 and it will be continued in next year 2022. It will bring new features to UI and UX design that were not possible before with current technologies available.

Augmented reality is a subset of virtual reality that overlays digital information on top of the real world. It can be seen as an interface for the real world, which allows the user to interact with digitally generated elements in physical space.

Augmented reality is expected to become a major trend in UI UX design going forward. It’s already being used by people around the world on their smartphones, as apps like Snapchat and Pokémon Go have proved its usefulness.

There is a movement going on in the field of website and app design that has been dubbed as “Augmented Reality.” It uses computer-based technologies to integrate digital content with the physical world.

The idea behind Augmented reality is to place digital content on top of the real world using computer-based technologies such as GPS, camera, and video clips. That is why it’s being used in different fields such as real estate, education, transportation and entertainment.

The digital interface for humans will be a controversial topic in the near future. The interface that we are using now is the physical one. This will change soon and this trend will be seen in web designing.

Humans could become digital interfaces and take on a role of UI UX websites – these interfaces would make it possible for machines to interact with humans without being physically present at the same time. These interfaces can also provide seamless interactions with users in real-time, connecting them to the Internet and providing interactive experiences in VR or AR environments.

As of now, no company has yet introduced such an interface but it is expected that companies like Apple, Samsung, Microsoft will implement their own versions soon.

The trend in mobile app UI UX development has shifted significantly over the past few years. The three most popular trends are:

1) Material design: Material design is the new user interface (UI) design language for Android, developed by Google to make beautiful, tactile apps that feel more alive. It’s developed to be used across all platforms so designers can build a consistent experience for their users and be able to easily update their apps with minimal effort.

2) Fluid app navigation: With fluid navigation, users can effortlessly navigate through your app without a second thought about where they are or how they got there. They don’t have to click on anything to get around your app-fluid navigation takes care of that for them.

In what areas will UI UX designs change in 2022?

The world of UI UX design will change drastically in just a few years time. This is because of our changing technology and the introduction of new wearable computing.

The UI UX designs will change in 2022 according to the following domains:

What are some of the leading UI UX designing trends?

Branding is one of the oldest marketing techniques that can be traced back to ancient Egypt. The use of logos can be seen everywhere on our planet today. They have become a central part of branding because they can help identify a particular brand or product and tie it to a shared culture, values, or identity.

Companies are constantly looking for ways to create products that feel human – which is not easy when you work with machines, algorithms, and coding languages like HTML or CSS.

The idea of emotional design is to create a feeling when the user interacts with the product. It includes the use of color, imagery, and sound as well as usability and interface.

The following are some ideas you can use to create an emotional design in your UIUX:

Embrace contrast in design: Contrast is one of the most powerful things that give emotions in UX. It can also be used as a tool for differentiation.  To create a user interface that has contrast, designers use light and dark colors. Dark colors are used as the background to light colors and text. Dark colors are also used in headers and buttons to draw the attention of users.

The latest trend in UI UX design is a minimalistic design with rich contrast that can be seen in websites such as Google, Amazon, Facebook and Netflix.

Abstract design is a style of visual design that evokes an idea or feeling without showing any specific details.

Abstract design in UI UX has been becoming more popular over the recent years with digital agencies, product designers and app developers looking for ways to give their products a sleek and modern feel. Abstract design in UI UX is largely influenced by the rise of flat design and minimalist aesthetic. This trend is also seen in the public sphere through art such as paintings, photographs, illustrations, digital art and graphic designs.

Abstract design is becoming more popular in the world of UI UX. The main idea behind this is that instead of over-complicating design and focusing on features, abstract design focuses on the core values and making things simple.

Abstract design was first introduced by Apple and Microsoft. It has been gaining popularity ever since then. With abstract design, interface designers can focus on other aspects such as functionality and simplicity rather than aesthetics.

Use of More 3D Elements Instead of Photos:

It is important for any website to make sure that it has the best user experience (UX). But, the cost of UI design is not cheap. It can be quite expensive if you want to hire a designer. This leads users to use sites with less professional look.

The use of 3D elements instead of photos in UI UX has been gaining popularity over the last few years. It is a trend that is widely seen in enterprise and startup design industry.

3D elements are widely used to create a more immersive experience for the user. They can be used as background images, buttons, or even geometries. This trend has also assisted in making interactive UIs more easily usable by people with visual impairments such as color blindness and dyslexia.

How will designers continue to evolve their work in UI UX?

Designers have a lot of responsibilities. They create the visual interface of websites, apps and more. It is important for them to keep up with updates and trends in design to make sure that their work stays relevant. Designers are also likely to become more reliant on machine learning models than ever before because they will be able to predict what users are going to respond well or poorly to without needing personal input from designers.