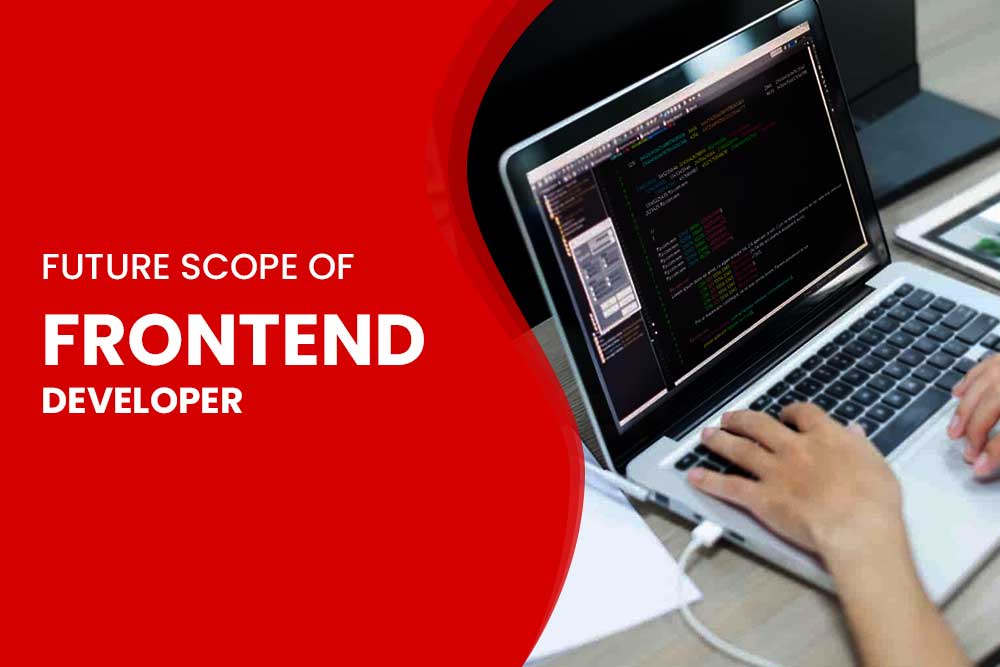 Front-end development is a hot topic in the current world of technology. As our reliance on computers and smartphones have grown, so too has the demand for developers that know how to create the user interface for these technologies. This is not an area where you can just learn on your own or buy a book and be successful. You need to have a deep understanding of how browsers work, what coding languages are popular, and what frameworks are being used in order to be a competent front-end developer.

In this article we will discuss some of the trends currently shaping the future of front-end development so you can get a general idea of what might come next in terms of technological requirements – from new frameworks to better integration with backend developers.

There are a few skills that a front end developer needs to have to be successful in the job.

HTML is a markup language for creating webpages. It’s most commonly used to create static webpages, but it’s also used to generate data-driven pages with the help of JavaScript.

HTML is a markup language that is made up of tags that indicate what a certain element on a page should look like. These tags come in pairs – the opening and closing tag – and they tell the browser how to render that element on screen. One important thing to note about HTML is that it doesn’t use any special programming languages, so anyone who knows how to write text can edit HTML code.

CSS stands for Cascading Style Sheets which are a style sheet language that defines the look of webpages. CSS is used to control the appearance of HTML elements on a website or application’s user interface.

CSS properties are the set of rules which define the appearance and behavior of an HTML element. Each property has a value, which can either be a type selector, numeric values, or keywords such as inherit, initial or unset to determine its final state.

Different types of properties can affect different aspects of an element’s display: its size, shape, colors, margins and padding; its visibility (whether it is shown or not), position in the document hierarchy (where in relation to other elements it is placed) etc.

Javascript is a programming language that was created by Brendan Eich, the inventor of JavaScript. It was first released on the 14th of December, 1995.

Javascript is a programming language that is widely used in web development. It can be used to create interactive webpages, build responsive layouts and much more. Javascript is a front-end developer’s best friend as it’s what makes the internet work.

Angular.js takes care of the DOM manipulation in order to show changes in HTML, so it can also take care of any jQuery code you might have for other parts of your UI.

Angular.js is an open-source JavaScript framework, maintained by Google and the community, that lets you build web applications rapidly. The Angular framework is a client-side MVC (Model View Controller) for building single page web applications which can run on desktops and mobile devices with a single code base.

Angular is designed to make it easy to create rich, interactive web applications. It’s easy to use, especially for those of us without a lot of programming experience. This book will introduce you to Angular and show you how to use it with some real world examples. It was developed by Google and is used to create single-page applications that are more interactive than websites that rely on constant back-and-forth between the browser and the web server.

Angular.js has many advantages over other frameworks like Ember, Backbone, or React for example: it lets you do more without writing as much code; it provides automatic data binding in both directions; it has a powerful way of communicating between controllers, models, and views through “scope” which makes the code cleaner to read; one of its most important features is two-way data binding which binds input values in the UI to properties in the model so when they change in one place they are automatically updated everywhere else

Vue.js is a progressive framework for building user interfaces. It is designed from the ground up to be incrementally adoptable, meaning that it has a low learning curve and is easy to pickup for developers of all skill levels.

Vue is also associated with two other progressive technologies – React and Angular 2+ – both of which are recommended by Google, Facebook, Alibaba, Microsoft, PayPal and Twitter among others as the go-to frameworks for building your web interfaces.

Vue.js is a JavaScript library that focuses on the view layer of the MVC pattern and allows for rapid and flexible web development.

Vue.js is a JavaScript library created by Evan You in 2011, which he also uses to run his personal blog. Vue.js is not a framework but it can be used as one, as it has all the necessary components for building an app with a rich front-end user interface (UI). Vue’s primary concern is the view layer of the MVC pattern, which handles how we see and interact with our data in templates or templates that are synced with stateful data sources like RESTful APIs.

React.js is a JavaScript library for building interactive user interfaces.

React was developed by Facebook in 2011, as the front-end component of their mobile framework, Android. The library is now open-source and maintained by the React community, led by Facebook engineers.

React has become one of the most popular libraries for developing user interfaces for websites because it’s lightweight and fast. It’s also got an active developer community that’s constantly adding new features to keep up with changes in other technologies like CSS3 or ES6. React is used not only on the web but also on other platforms like iOS, Android, desktop applications and server side rendering with NodeJS. The heart of React is its “virtual DOM” (a lightweight in-memory object representation) that allows React components to efficiently update themselves when their data changes without having to go through an intermediate state of re-rendering all the components.

Front end developer is the person who develop the UI of an application. They are responsible for coding, designing and debugging. Front end developer salary in India ranges between 8-50 Lakhs per annum depending upon the expertise of a programmer.

Type of job roles and descriptions in Front End Development

Front-end development is a term that refers to both the practice of designing and building a website’s front end.

This type of design and development includes tasks such as:

In the case of UI, UX, and coding for interactive pages, front-end developers work alongside other members of their team. For web app coding, it’s likely they’ll be the only member.

Front End Developers work with content editors to create compelling web pages. They can be responsible for creating mockups or wireframes of a site’s pages or they can work side-by-side with designers to make sure that their designs are achieved on the page.

The Front End Developer is responsible for making sure that all content is available when it needs to be delivered to the user; they make sure that images load quickly and text displays properly on all browsers, screens sizes, and resolutions.