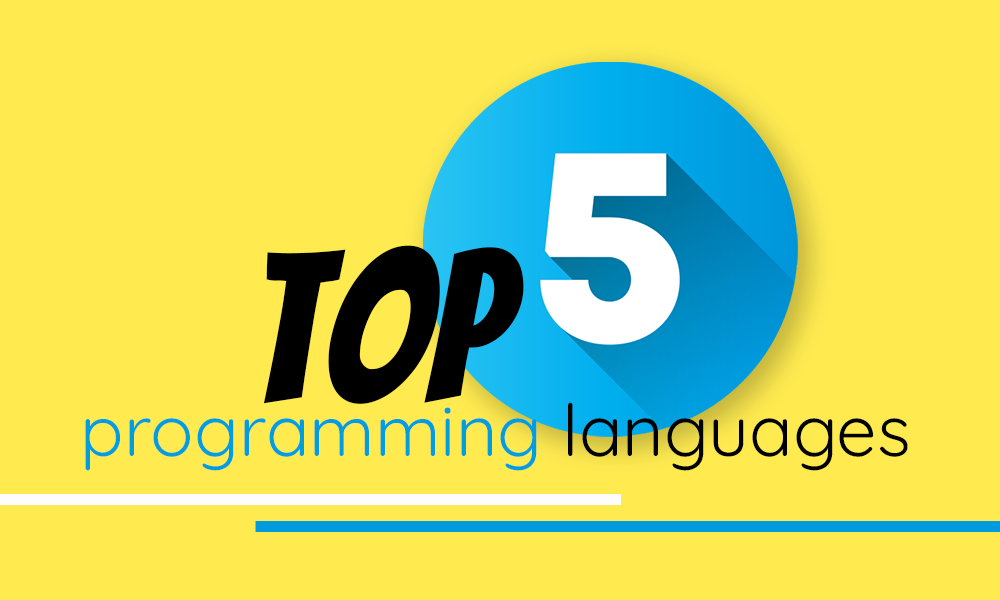 What is programming Language?

Choosing the right programming language for website development is a big decision. But if you decide to learn a new language, it is important that you know where to start and what to look for.

The programming languages that are used in website development are the backbone of these websites. The right choice can make your website more stable and reduce the amount of time needed to develop it.

There are particular programming languages that are ideal for specific tasks. If you want to build a web application, then PHP will be an excellent choice. When it comes to writing content, Python is one of the most popular choices due to its simplicity and readability.

Some popularly used programming languages for website development include:

In this modern world, PHP is also gaining popularity as a platform for building applications. For example, WordPress which is made up on PHP programming language has powers more than 25% of the web and is a popular platform for blogs and online stores to be built on it.

Because it is easy to use and has a large community of developers who have already created libraries which can be used within the framework. Some of these advantages are: ease of use, scalability, flexibility, security, and affordable language learning opportunities.

What PHP developers do?

Python development is about creating scripts and applications with Python. Python has two major versions of itself – Python 2 and the newer version 3. Python developers are especially popular because their skill sets are acquired mostly through practice rather than education.

Things we do and we can do on python?

Python is a powerful programming language with a vibrant community. It has been used as a scripting language for video games, It can be used for anything from applications to websites to games and even robotics, web development, scientific research, and more. In the following text, we list out few of the most interesting things that you can do on Python.

We have done a lot of work with Python in our company and below are some things that we have come up with:

– A tool that generates mathematical models from data sets

– A tool to predict future events based on historical data

JavaScript is a computer programming language that can be used to enable interactive web pages. It is mainly used for web browsers. The language was introduced in 1995 by Brendan Eich, who has co-founded Mozilla Foundation and JavaScript developers community group.

JavaScript is an interpreted programming language which means that the code is not compiled to machine code before it runs. This makes it possible for JavaScript programs to run on almost any operating system, including mobile devices.

The main reason behind cybercriminals using JavaScript as their choice of programming languages is that it helps them create stealthy malware that can be hard to detect by antivirus software, because the code does not have an executable extension associated with it.

JavaScript is a programming language used for client-side scripting in web pages. The core members of the ECMAScript standardization process have been working on JavaScript since 1995.

Things we can do with Javascript

With the use of javascript, we can do a lot of things such as playing games, building websites and apps, and controlling robots/insects.

JavaScript is everywhere. It is used by websites such as Google and Facebook to power their advertisements. It is also used by other popular websites that have a lot of traffic such as YouTube and Wikipedia.

JavaScript is a programming language that enables you to create interactive websites and applications. It is also used as a visual scripting language for editing and running commands.

Some of the most common things we can do with Javascript are:

1) Create animations and transitions between slides in PowerPoint presentations

4) Take screenshots and upload them online

C# is a programming language that is widely known as the first purely procedural language.

This language was first introduced by Dennis Ritchie and Brian Kernighan in 1972 and has since become one of the most popular languages in computing. It is mainly used for writing code on UNIX systems, but it can also be used on Microsoft Windows operating systems as well as some other platforms such as Android and iOS.

C# supports procedural and object-oriented programming styles and has a strong typing system that provides safe and reliable operations for human programmers to use while maintaining efficiency and control. Many of its features support structured design and code reuse, including preprocessor directives (macros), libraries, header files, function prototyping, etc.

Why one should learn C#?

It is important for one to learn C# because it will open up their mind up with the infinite potential of programming. One can create anything from games like Fortnite and Angry Birds, to websites like Facebook and YouTube. It is also a very easy language to pick up and getting started doesn’t take too much effort – you can get started by learning one function at a time.

C# is a general-purpose programming language which makes it easier for one to write code or create apps. The level of abstraction and simplicity make it easy for anyone to learn the language without much effort.

C# has a lot of features that make it a suitable choice for a beginner programmer. Here are some of them:

– It is an imperative programming language, meaning that its instructions are executed in sequence, one after another.

– C# was designed with portability in mind, so you can write programs on almost all types of computers and operating systems without much hassle.

– There is no built-in type casting mechanism like in some other languages, so the programmer needs to declare variables on their own before assigning them value.

TypeScript is an open-source programming language developed and maintained by Microsoft.

TypeScript is a typed superset of JavaScript that compiles to plain JavaScript. It also adds optional static typing to the language and supports object-oriented, class-based, functional, and imperative programming styles.

It is a tool that lets you write less code but get better development outcomes. The developer can create TypeScript files that correspond to one or more JavaScript source files and then include both the TypeScript and the associated JavaScript file in a single file compilation process.

Things we can do with typescript

Typescript is a new language that is designed to support the development of large scale applications. It provides features like optional static typing, class-based object-oriented programming, and type inference.

You can use typescript to create your own libraries, which you can use for anything from client-side interaction to server-side interfaces. You are not limited by the language.

Some of the things that can be done with typescript are:

– Use Typescript for client-side interaction with ReactJS or VueJs